Music has always played an important role in my life.

Not only have I been an active member of the well-known Ucover Cathedral Choir under the leadership of the famous Mr Dan Dis, or have I often visited the huge festival site of Rock Werchter where bands such as Simple Minds, Talking Heads and U2 or artists such as Peter Gabriel, Van Morrison and Neil Young have performed in front of large audiences, but also have I enjoyed listening to music on the radio, vinyl record, tape and CD since I was a child.

From the moment the Compact Disc was invented in the early 1980s and became available to the general public, I have accumulated thousands of these small, shiny sound carriers of which many are now over 30 years old and of which some are quite rare and very much sought after by collectors. 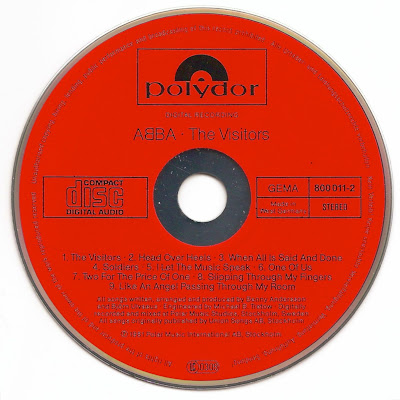 On this website I will be listing a selection of first pressing CDs from my personal collection.

So-called Target CDs, first pressing CDs that were released on WEA and associated labels, are not included on this website. A comprehensive listing of these early pressing CDs can be found here.

Feel free to visit once in a while and discover the Soundtrack of my Life.